George Maybury is an experienced Bagpiper available for a wide variety of functions.

George started learning the pipes when he was thirteen under Pipe Major Lenny Brown, and then with Pipe Major Roger Huth. He has competed in both solo and band competitions. George is a versatile piper and has performed all over the UK and Europe, most recently performing at the Llangollen International Eisteddfod with with Corryvrechan Scottish Dance Display team, playing for Country, Highland and Sword dances. He is always a favourite with audiences.

Having played for occasions as diverse as cruise ship sail-aways to village fetes, funerals to dances, weddings to charity dinners, he really does know how to make your event special and memorable. He has a very wide repertoire, but if you have favourite tunes or theme music for your event, he is always happy to learn new music.

George is perfectly at ease playing solo, but the sound of the full ceilidh band behind him never ceases to impress.

“It was fabulous having you to play again! Your sound is so complete: rhythmic, tuneful, lively and nobody can not want to dance to it!” 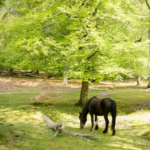 Thanks for a fabulous evening of great live music – lifted not only our feet but our spirits too!

“Lovely choice of melodies, brilliantly played. Hopefully you saw the smiling faces of happy dancers all over the hall” 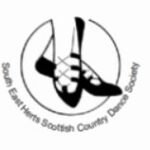 “A lovely and lively selection of music which everyone was very happy to dance to on Saturday.”
“You just make me fly!”

Great to be dancing again and especially to have live music to accompany us. You certainly kept us going right to the end as our weary and out of practice bodies began to wilt. It is impossible not to keep dancing when the music stirs us ……. as yours did!”

“Thank you and the band for such wonderful music at the Oxford Day School evening dance. It filled us all with joy and gave energy to those who’d worked hard earlier that day. What fantastic tunes!”

“Thank you for making yesterday evening such a roaring success in spite of the adverse weather conditions. As ever your music was just brilliant, so lively and really made people want to dance. It was lovely to see so many smiling people enjoying themselves” 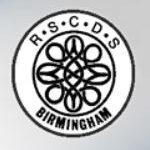 “Such great music to which you simply had to dance – we’ve had lots of lovely comments and especially about the music. The evening certainly seemed to go with a swing with a fantastic atmosphere.”

Your music was wonderful, such brilliant tunes and you always play as if you are really enjoying the music, which really lifts the dancers especially when we are getting weary feet by the end of the night!!

It was a real joy to dance to Strathallan again on Sunday – many, many thanks to you and the team for your wonderful music and for all the laughter.

“You were all terrific and really made our evening go with a swing. I have received so many favourable comments…It was heartening to see 12 sets on the floor for the last dance and then to hear all the cheering, clapping and stamping of feet at the end of evening. You really did us proud and provided that electric atmosphere (and made some of us feel really young again).” 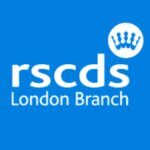 “A fantastic evening. The music was superb.”

Tunes in the Hoose
https://www.tunesinthehoose.com/ 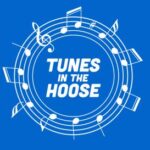